To Whom It May Concern:

Origins of the Concept

Through my 3.5 decades of reciting poetry—since 1983—folks have often requested a CD, only to be disappointed. Yet I’ve long thought that I should record an album. However, it was my teen daughter, Aurélia, who has pushed me to do so. In January of 2016, she was present when I performed at a downtown blues/jazz bar in Toronto, in January, with my Afro-Nova Scotian cousin, the Juno-award-winning singer, Shelley Hamilton. Following our set, Aurélia exclaimed, “You should make an album!” Her youthful, exuberant and organic suggestion struck a chord (pun intended). Then, in May, I went on a reading/lecture tour of Italy, speaking at campuses in Pisa, Cosenza, Venezia (Venice), and also gigging at the Vicenza International Poetry Festival and at the Vicenza International Jazz Festival (during which The Art Box organization recorded a CD of my reading with Italian jazz musicians). These experiences have convinced me that I need to cut an album while my voice is at its prime.

But this album can’t be—won’t be—a solo effort. I’ve been fortunate, in my 40 years as a poet, to perform on stage with Afro-Nova Scotian singers such as the folk-gospel quartet Four the Moment and with renowned jazz bandleader Joe Sealy. Moreover, my operas and plays have permitted me opportunities to pen songs with Afro-Nova Scotian composers like Jeremiah Sparks and Delvina Bernard. In short, I now wish to record an album that will also showcase the musical and song heritage of Afro-Nova Scotians, the folks—my people—whom I like to call “Africadian” (in relation to our landed communities in this geographic space; the word is distinct from Acadiens). I see this album as a once-in-my-lifetime opportunity to showcase African-Nova Scotian (Africadian) roots. I know our roots deserve this homage. Our ancestors, landed in Nova Scotia as slaves and as refugees, to be exploited workers and an oppressed class, still survived, and that survivance was based partly on our spiritual-based song and our bluesy vocals and our rural, country-and-western stylings. I hear Africadian song as being a mash-up of southern-fried blues and saltwater spirituals, with Nashville guitars, Mi’kmaw-and-“African” drums, Highland bagpipes and Acadien fiddles. So that means—to me—that the album I dream to help produce will represent Africadians as composite Nova Scotians, musically, mixing in all our heritages….

After returning from Italy in May, I began to reach out to my gifted, Afro-NS cousins to try to pull this recording together. I tapped Chris White (grandson of the late, great Reverend Dr. William Andrew White and the founder of the Ottawa Folk Festival), award-winning actor and singer Shelley Hamilton, musical powerhouse and recording artist Russ Kelley, and Plums Croxen (the constantly on-the-road, blues/country performer extraordinaire “outta” Three Mile Plains, NS). To my great joy, I found that the five of us share this dream: To record a record of original material—in all the Africadian genres (blues, country, folk, gospel, soul, spiritual)—in Halifax, naturally, so we can reach out to local singers and musicians, and also to bring in performers from different parts of the province, especially the Annapolis Royal to Weymouth Falls stretch. We are presenting our materials, with our guest artists, at public concerts in Nova Scotia and elsewhere.

I originally contacted Chris, Shelley, and Plums because they are all Africadian—African-Nova Scotian—cousins of mine who are involved in music. But once we all started talking, we made a discovery that is now part of our raison d’être: We are all Afro-Métis. We are all descended from the historical intermarriage of Mi’kmaw persons and African-American “settlers” that occurred wherever “black” and “Native” communities were located near each other in Nova Scotia. We began by calling ourselves “CAN Roots – “Canuck Afro-Native” – and evolved to the term “Afro-Metis”. We’re respecting every millimetre of our deep, deep roots. Certainly, there are many of us, from Bear River/Digby/Lequille and Millbrook/Truro (just to name two locales): The late, great Africadian leader—Rocky Jones, ONS—was interred in August 2013 in an African robe but with an eagle feather in his hand. There was African drumming and Mi’kmaw chanting at his funeral-home visitation. This is our heritage. I am a member of the Eastern Woodland Métis Nation Nova Scotia, but I am best known as an Africadian poet and as an African-Canadian scholar. I am proud of all of my heritages—as are Shelley, Chris, Russ and Plums, all also Afro-Métis, and none of us sees any contradiction in being Afro and “Abo,” because it is simply who we are—and who many of our family members are. However, the larger world—Nova Scotia and Canada—has not recognized our existence or celebrated our presence. Yet, we are a distinctive Atlantic Canadian people: We could not exist anywhere else.

(Note: By foregrounding our Afro-Métis heritage, we do not seek to challenge the national status or identity claims of others. We want simply to celebrate the fact of our existence as people with two “nations”—Africadian and First Nations.)

We starting recording 18 songs and poems, taking turns leading each others’ original compositions, in Halifax in February, 2018, culminating in a public presentation of this material in a concert. The recording and the performance explicitly foreground Afro/Native heritage AND utilize local talents. We’re all energized by this idea, and we are certain that it will succeed. We believe that our songs, music, recordings and public performances constitute the first time that the Afro-Metis—Canadian reality has ever been recognized, and this will be good for enhancing multiculturalism, inclusivity, respect for First Nations, social cohesion, and recognizing African-Nova Scotian identity itself as being multifaceted. We assert Canada’s past and present reality as recognized artists from two of Atlantic Canada’s once-most-marginalized groups take—literally—centre-stage. 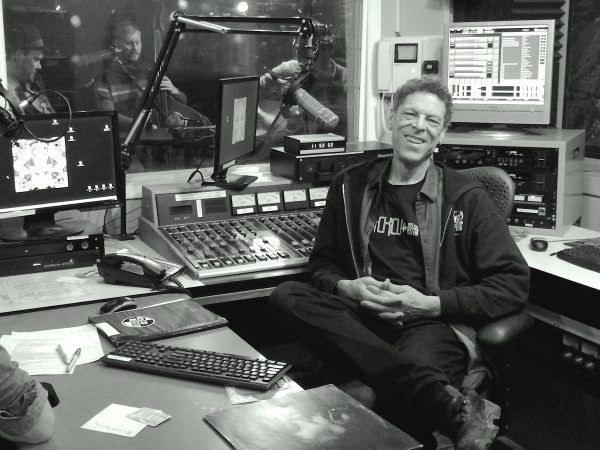